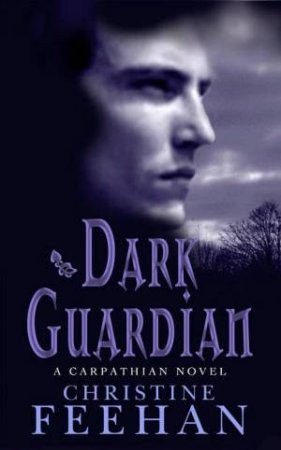 Dark guardian – A Carpathian novel, by Christine Feehan it is a book printed in 2002 in USA by Dorchester Publishing co. inc and in Great Britain in 2007 by Piatkus books. As a gothic story, the author build her novel to cherish her beloved daughter’s husband who’s charming and protective and love her daughter and her grand-daughter like a good husband and dad that he is. Lucian Daratrazanoff, a russian prince, who’s not a simple human being, but a Carpathian, which it means a hunter for ghouls and vampires and other creatures of the evil rescues Jaxon, a small size, short blong hair lady, which is very ambitious and commited to defeat all the people that she cares about mostly. That because her father as a Seal operative was all the time prepared to provide security for the nation and her father best friend, also a Seal operative encourage her appetite to physical exercises from early 3 years that she had when she was firstly trained to become a certain heroin and to fight for good cause. She suffered the loss of entire family, until she realized she need to take precautions and very well determined to continue her trainment session in order to punish sometime the murderer of her family. As a terrible emotional power like being eye witness of own family members dying because of her guilt. That’s what she thought then and the rest of her childhood, and as teenager suffered that within drama. By the time she discovered Tylor Drake,butchered his own little baby boy brother and the warm blood falling down  on the floor and his trousers she was only about 7-8 years old. By the time that she discovered that, realized the fact that his father is dead because of the same guy, who was coming after his father death with a proposal to accomplish for their family his dad role, because so it will be better and easier for her mother to raise and educate them. So, her new father was so enthusiastic about the fact that she admitted him close to her and her mum and brother, that he killed them both and didn’t even stop there. No more murders. No. way! So, orphan, she was raised by her family neighbors which became first target to a huge chain of murders that Tylor has done, just because those people who were left without breath were sometime close to his idol now, not just his daughter, since he was the one that replace her father’s atributions in family. Fired and hunted for murders all over the US, Tyler waited a new moment for Jaxx to get close to some other, just in order to have more names on his unwritten list of killed people. So, she felt guilty about all this murders and with this permanent mental pressure on her, one mission almost failed and couple of her colleaugues were as well as her,  shoted and she couldn’t remember how or who did take her out and rescued her, but, obviously she admired him. He was a tall, long dark hair and gentle, certain move, office suited and well manners of approach man who looked so sexy for her that instantly she got feelings for him. She became her beloved wife, in human kind, life mate in Carpathian way of see the things.
The ritual of changing her status from human to a Carpathian lady got her closer an closer to him definetely, not only as a physical atraction, but synchronize the heart beating and mind thoughts in order to can see when he’s left away and that’s love and strong bondage. Fantasy story created by a lady whose writing was  rewarded with some prizes for bestselling, a nice book to read, which you could pick up from your book shelves if you already bought it, otherwise I suggest you to have it first. Jaxx is remarcable and him, Lucian is her lover, protector and all.

This site uses Akismet to reduce spam. Learn how your comment data is processed.